“RAINTREE COUNTY” is a movie that deserves more love than it usually gets — and so does Montgomery Clift’s performance in it.

Released by MGM in 1957, it’s a sprawling Civil War tale, but its focus is actually intimate — human beings and their relationships. The same could be said of what is still the ultimate Civil War film, “Gone With the Wind,” to which “Raintree County” has often been unfavorably compared. “Raintree…” doesn’t quite match the cinematic art of “GWTW,” but it’s a worthwhile film in its own right, not least because of Clift’s portrayal of its idealistic protagonist, John Shawnessy.

It’s based on the only published novel of Ross Lockridge Jr., which covers a lot more ground than the film. The book takes place in one day, July 4th, 1892, but it’s full of flashbacks to John’s life in his hometown of Freehaven, Indiana, and elsewhere. The novel was critically acclaimed and a best-seller, but Lockridge quickly descended into a deep depression and took his own life two months after the book’s publication in 1948. 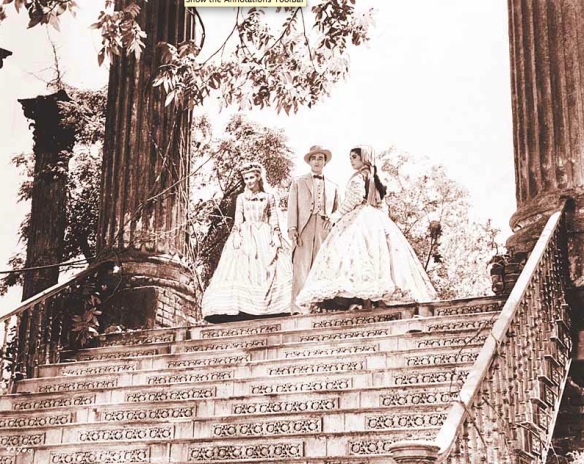 Hollywood was always interested in a hit novel, so MGM set about making a film of “Raintree County,” although adapting it was undoubtedly a challenge. Millard Kaufman’s script focuses on the Civil War years and the period immediately before and after. It introduces us to John, the son of a doctor-minister (played by Walter Abel), and his wise and loving wife Ellen, (played by Agnes Moorhead), as he is graduating from high school in 1859 at the top of his class. John has ambitions to become a writer, and he’s captivated by the legend of the golden raintree that Johnny Appleseed supposedly planted somewhere in the county.

Also in his class is his sweetheart, the lovely and supportive Nell Gaither, played by Eva Marie Saint. But a visitor from the South comes between them: Susanna Drake, a gorgeous belle portrayed by Elizabeth Taylor at the height of her beauty. After a moment of passion, Susanna tricks Johnny into marriage. It’s complicated by the fact that Johnny is an abolitionist and Susanna a slaveholder. But an even bigger complication is that Susanna is mentally unstable.

She can’t reconcile what she’s been taught about race with her love for a slave named Henrietta Courtney, who was like a mother to her, and she fears that she herself may have Black blood. She is also wracked by guilt over the fire that claimed the lives of her mother and father as well as Henrietta. Susanna eventually leaves Johnny and takes their son, Jim, with her, and Johnny joins the Union Army, partly to search for her.

Reviewers weren’t impressed with the film. One of the nation’s top critics, Bosley Crowther of The New York Times, called Kaufman’s screenplay “a formless amoeba of a thing,” and he found the characters sketchily drawn and Edward Dmytryk’s directing style “artificial.” He added:

“We might also mention the strange appearance and the aging, husky voice of Mr. Clift as other minor disturbances in this long picture, but we’ve mentioned enough.” 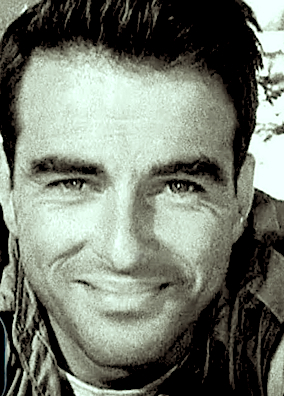 However, Clift had gone through a major trauma while making the movie. While driving down a Los Angeles canyon road after a dinner party at Taylor’s home, he had a catastrophic automobile accident, which did extensive damage to his extraordinarily handsome face and left him in great pain. Filming stopped for several weeks while he recovered. He came back, still an extremely attractive man, but there was a noticeable difference in his features. But his acting ability was intact. In the movie, he beautifully conveys Johnny’s sensitivity, idealism, and vulnerability — qualities that Clift always excelled at portraying. His John Shawnessy is a man who tries to do the right thing by everyone, even at great cost to himself. There was no doubt great cost to Clift in going back to work soon after the accident — that he could perform at all under the circumstances is remarkable — but he nonetheless delivers a performance up to the high standard he had established. 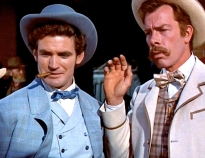 There are fine performances by others too, with Taylor making us believe that Susanna is as irresistibly charming as she is emotionally damaged, and Saint’s Nell matching Johnny in idealism and innate goodness. Notable supporting turns come from Lee Marvin as Orville “Flash” Perkins, a Freehaven hooligan who starts out by taunting Johnny but comes to respect him; Rod Taylor as opportunistic politician Garwood B. Jones; and Nigel Patrick as the convention-defying Professor Jerusalem Webster Stiles.

And “Raintree County” is a good movie. It gets pretty melodramatic on occasion, but what historical epic doesn’t? It makes us care about the characters and their fates, and think about what makes them tick. Those are the main things one can ask of a film. And while it doesn’t really explore the horrors of slavery, it does give an anti-slavery view that’s an antidote to the sympathetic portrayal of the peculiar institution in “GWTW.” It’s beautifully photographed by the estimable Robert Surtees, with location shooting in Kentucky and Mississippi, and fabulous costumes by Walter Plunkett, who also did the designs for “GWTW.” There’s a haunting score by Johnny Green (Oscar-nominated), who also composed that lovely title song performed by Nat King Cole (lyrics are by Paul Francis Webster). And at the center of it all is Monty Clift.

Steven V. Russell, a historian who’s collected a huge trove of “Raintree County” memorabilia, has a website devoted to the movie, and his feelings about it are similar to mine. “The film appeals to ‘romantics’ — people who, themselves, reflect on the meaning and purpose of life, against a background of swishing, floor-length taffeta skirts and the clank of the gleaming sabers of Yankee liberators, much like the character of John Shawnessy, who displayed warmth, love, and sensitivity,” he writes in an essay on his site.

“Such ‘romantics’ are also sensitive and a bit melancholy. With John’s love of literature and poetry, John Shawnessy settled for wisdom over glory and fame. I found that ennobling. His wisdom was tinged with an understanding of people.”

A couple of personal notes: While touring the South with a friend several years ago, I went to the Windsor Ruins — a set of columns and a few other structures, all that’s left of a Mississippi plantation house after an 1890 fire. In the movie, the ruins were used as the remains of Susanna’s home. The house had survived the Civil War, when Union troops used it as a headquarters and hospital, only to be destroyed decades later by a party guest’s carelessness with a lighted cigar. I pictured Monty and Elizabeth filming there as I walked the grounds.

And living in Los Angeles, I’m fortunate to have access to many events that feature stars of classic movies. I’ve seen the always-charming Eva Marie Saint several times. The first time was at a 2010 screening of “North by Northwest,” one of her best movies. She took a few questions from the audience afterward, and I asked her about working with Monty in “Raintree County.” She said he was a very sweet man, but one day she asked him to lunch in her dressing room, and they were both too shy to say a word to each other. Somehow, that made me love them all the more.

To pre~order the documentary “Making Montgomery Clift” please click on this link: https://itunes.apple.com/us/movie/making-montgomery-clift/id1479654436

Here is my 2018 review of the documentary for the Advocate: https://www.advocate.com/film/2018/9/22/new-documentary-shows-another-side-montgomery-clift

To read the other fabulous entries of Miss Carley’s Montgomery Clift blogathon, you need only go to the HOLLYWOOD SCRAPBOOK.