I love movies. I love movies, but mostly black and white movies from the 40’s and 50’s. This is not to say I don’t like movies from other decades, but those are my favorites and I keep coming back to them because of the stories.

I was not born in a trunk at the Palace Theater in Pocatello, Idaho, but I came close. My mother loved movies and went to the movies as much as possible. I am a war baby, WWII: 1943. My mother didn’t have many baby sitters to stay with me while she got lost in the darkened theater, so she took me with her.

I cut my teeth on “Mildred Pierce” and learned to whistle with Lauren Bacall. I watched the plane take off to Lisbon and learned comedy from the Marx Brothers. For me, a classic film has to span generations and still be authentic to every new audience. It cannot appear dated, backlot sets notwithstanding.

When Theresa asked me to write about why millennials should watch classic films ( and to choose a movie that spoke to me ) “ALL ABOUT EVE” is the movie that immediately comes to mind. 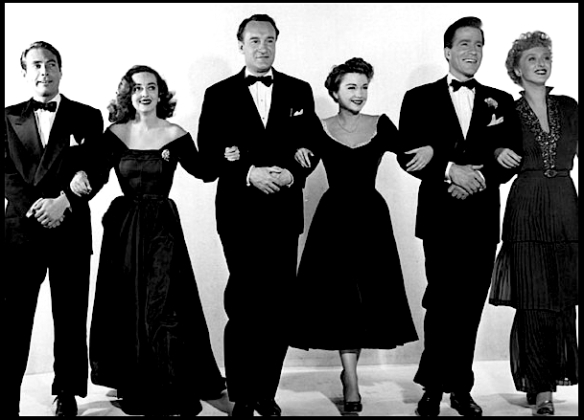 The social constructs in this movie are still relevant today. At its core, “All About Eve” is the story is of Margo Channing ( played by Bette Davis ) and her struggle to get work as an actor as she ages. 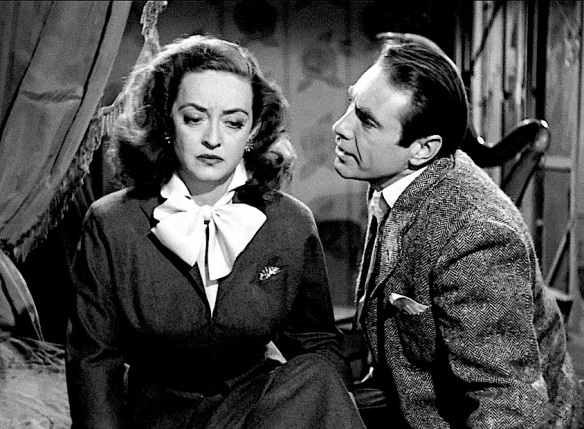 Margo also wants to have a personal life as half of a couple with a man eight years her junior. Actor Gary Merrill plays her love partner, Bill Sampson, who is also Margo’s play’s director. In real life, despite all the advances women have made in the workplace, as actresses age, there are fewer and fewer parts available for them as attractive and vibrant women. While some women do marry men younger than they, it is still considered odd. By the same token men back then, and now, can appear in a movie with a leading lady forty years his junior. She can even be on his arm down the red carpet and no one bats an eye. So in “All About Eve” despite fame and fortune, Margo Channing still has all the inequities other women grapple with. 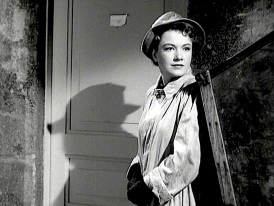 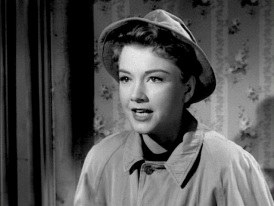 Enter Eve Harrington into the mix. ( Eve is played by Anne Baxter. ) Eve threatens Margo on several levels. Eve was young…and could take the roles on stage Margo was still trying to get. Eve was young…and that made Margo feel threatened in her relationship with Bill despite no evidence to support her concern. Instead of being shown as an ambitious actor, Eve is shown as someone who conspires to shut Margo down since it is assumed all women are in competition with each other. 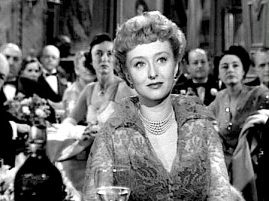 I don’t want to leave out Karen Richards, Margo’s friend and wife of playwright, Lloyd Richards. Academy Award-winner Celeste Holm plays Karen. As a rule women, back then, didn’t work outside the home. In Karen’s case her playwright-husband apparently made enough money so she could do the “ladies who lunch”, dabble in painting, and be a confidante to Margo. She had no “real” life of her own that I could tell, especially since she didn’t have children to gum up the works. In movies, children are a liability. The plot has to show a woman actually taking care of her child. In “All About Eve”, a child would have gotten in the way of all the adults meddling in each other’s business.

Karen’s one shock is that Eve makes a play for her husband Lloyd in order to get a plum part in his new play. He’s shown as a dolt who can easily be manipulated by a clever and ambitious woman. Karen, of course, was the last to know. Luckily for her, Eve was not able to carry out her plan.

What I’m getting at is, the way women are socialized make “All About Eve” relevant to today’s audience. When you fast forward to 2015, women still struggle to balance a personal life with a professional one…and some are still obsessed with pushing back the clock to look younger and younger in order to maintain a seat at the table. I don’t want to give away too much of the story of the movie because in the end, it’s all about the story. Movies in the 40’s and 50’s had real writers writing scripts. There was no need for numerous car chases or graphic sex scenes because writers entrusted the audience to use their imagination; the story carried the movie. Like reading a good book, the viewer suspends reality, follows the plot and watches it unfold piece by piece with brilliant and often subtle dialogue. 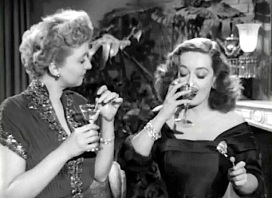 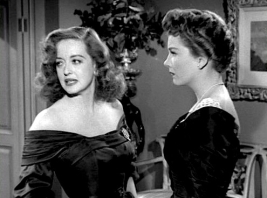 Why do Millennials need to watch classic films? Because if you want to know where you are going, you need to know where you have been. You are all standing on the shoulders of those who came before you and many stories in classic movies can speak to new generations. Think about adding “All About Eve” to your movie bucket list. Ignore the lack of modern technology that scenes using rear-screen projection highlight. Pay attention to the story. The humor in “…Eve” is biting and the lines come more fast and furiously than you can Twitter. This movie is not a period piece. Women still struggle with the same issues as Margo, Eve and Karen and want balance in their lives. For me, I love watching the evolution of women in movies over the decades. Keep in mind, each generation of women bring their own values but basic problems still remain the same. It’s just the hemlines that go up and down.