CineMaven: As part of the CRITERION BLOGATHON, I asked my good friend Bob Regan if he had any thoughts on any of the great films from this massive collection. He did:

It’s not easy to choose a Criterion film to write about.  They have released fine editions of many of my long-time favorites, movies by Lubitsch, Renoir, Welles, Visconti, Ford, Hitchcock, von Sternberg, Ophuls, Rossellini. Some of these, like “The Leopard”, “Notorious”, and “French Cancan” are among the handful of my “desert island discs”.  But, is there one Criterion release unique in its appeal?  And, is there one which no one else is likely to write about?

About a dozen years ago, my daughters gave me for my birthday the newly released Criterion box set of “The Adventures of Antoine Doinel”.  This, of course, is the collection of the four features and one short that François Truffaut made about his alter-ego, played with sensitivity and charm by Jean-Pierre Léaud: “The Four Hundred Blows” (1959), “Antoine and Colette” (1962), “Stolen Kisses” (1963), “Bed and Board” (1970), and “Love on the Run” (1979).

Beginning when Antoine was about twelve and ending in his thirties, Truffaut tells of Antoine’s life and loves through the years. The first is perhaps a masterpiece, one of the finest debut features ever made, and it has been argued that, as usual with any series, there was a diminishing of “quality” as the cycle progressed.  Truth to tell, I more or less agree with this assessment, but then there are factors other than fine filmmaking that can make a film very close to us.  Why then did I choose “Love on the Run”, ostensibly the least, certainly the most ignored, of the story?  Why did I choose one of the “lesser lights” out of a career filled with deeply loved masterpieces? 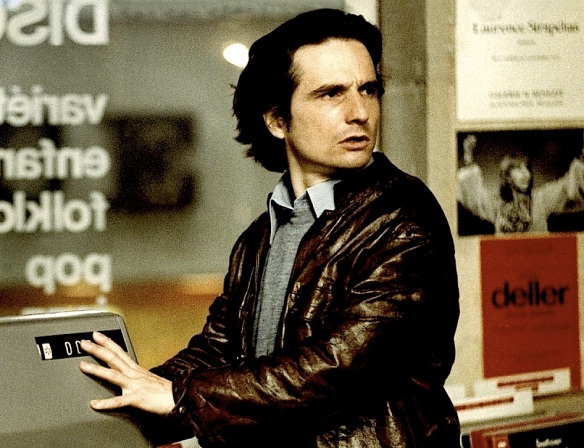 Women play a large part in Truffaut’s work, even when the central figure is a man.  They are mysterious, magical, and usually inaccessible.  Moreau in “Jules and Jim”, Deneuve in “Mississippi Mermaid”, and many others are something above and beyond human.  Even in his remarkable short “Les Mistons” which preceded “The Four Hundred Blows”, Bernadette Lafont’s character is described by a reminiscing narrator as “the wondrous incarnation of our secret dreams”.  This sort of thing is very “romantic” and touching in an adolescent sort of way, but as we mature, if indeed we do, we menfolk must learn to look upon women first as people, human in all their glory, not less nor more.

Some have seen “Love on the Run” as a recap of the series because of a number of flashbacks made up of clips from the earlier films, but what’s important here is that it brings back the women from Antoine’s past, and it lets us see him from their points of view. Claude Jade from “Stolen Kisses” and “Bed and Board” is here as Christine his wife, about to finalize their divorce.  There’s a chance encounter with Marie-France Pisier who had spurned his adoration in “Antoine and Colette”. We even meet his widowed stepfather who gives him and us a more generous view of his mother, last seen in “The Four Hundred Blows”.  And a few others turn up in person or in flashback.  What is most striking is that all these past loves, as well as his new girlfriend Sabine, are all grown up women and Antoine is still essentially an adolescent. 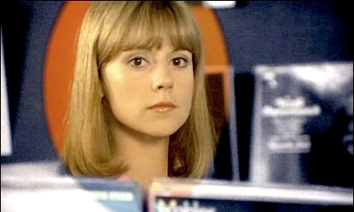 The new girlfriend is played by Dorothée, then the host of a popular tv show for children.  In the film, she owns a record store, and is adorably cute.  Let me note here an important lesson she helped me learn: Never underestimate the “cute blonde”!  Though younger than Antoine, Sabine is more adult. She appreciates his charm and intelligence, and she will accept his continued adolescence. At least a little bit longer.

Claude Jade is an example of many European women who make one or two American films and then return home, never to be heard from again, at least in the US.  Around the turn of the millennium I looked her up and learned that she had been very busy in France after “Topaz”, lots of movies, stage plays, and tv shows.  She’s so revered in her homeland that she was made a Chevalier of the Legion d’Honneur.  Sad to say, though, when I looked her up again a few years later I learned that she had died of cancer at 58.  Marie-France Pisier had a similar career.  After the art house hit “Cousin Cousine”, she was in a couple films in Hollywood, notably “The Other Side of Midnight”, after which she returned to France to act, write, and direct steadily until her unfortunate death by drowning at 66.  Fortunately, Dorothée is still alive and, I hope, kicking. 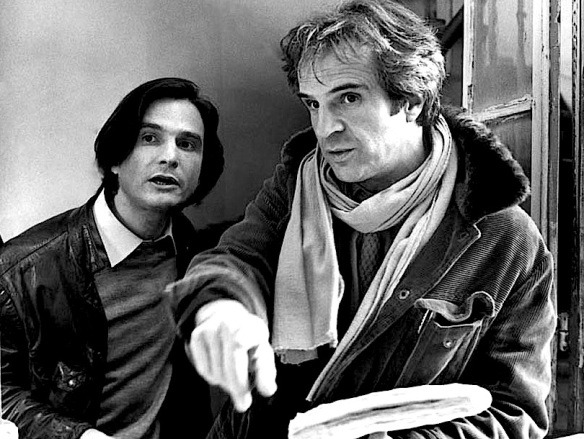 In a filmmaking career that lasted over a quarter century concerned with, if not obsessed by women, François Truffaut presents in “Love on the Run” not his best movie, but his most mature vision of women.