I very much enjoyed the last evening of LESLIE HOWARD films for his Star of the Month turn on Turner Classic Movies.

I thought his style in these later films, like “49th Parallel”, “Pimpernel Smith”, “Spitfire (The First of the Few”), and even in the slightly earlier “Pygmalion”, was getting far more interesting and refined.

I don’t mean that as in ‘he’s so refined.’ I mean that his acting became more real, understated and tempered in the last three years of his life. He was able to throw away lines, but still give them enough weight to stick in your memory. 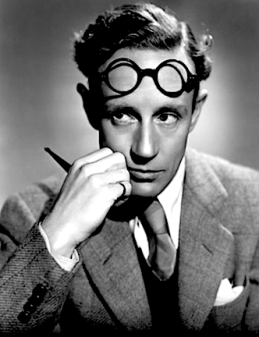 His touch got lighter, and his other-worldly-ness became more integrated into his nature. He shows occasional intensity, but it is more controlled. The absent-minded way he would fiddle with a prop, or look down as he was saying something of utmost importance really had settled into a tremendously realistic acting style, very different from his early performances (or “Gone With the Wind”).

Howard has a crisp, unsentimental style in his later films that just was not there in the earlier, studio-driven productions. I think he was ready to say “goodbye to all that” romance and love stuff, and get on with some more important work, with ideas and smarts. Not that I don’t love romance, but he was moving on. And his humor belies the deadly seriousness with which he undertook his last few films, fighting the Nazis. 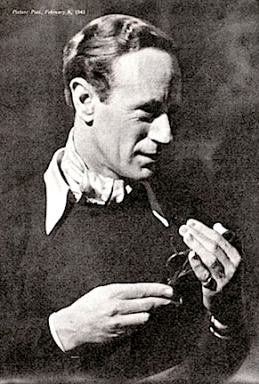 For me, the saddest part of watching the last night of his films on TCM, was the promise he showed – growing with the times as an actor of great subtlety, and of course, his promise as a director. It’s unbelievably heartbreaking to me that he was not quite where he wanted to be in his career when he died. He was most definitely on an upward trajectory, so that is a mercy. His directing was a bit rough and tumble, but his timing and editing were impeccable, and his vision was remarkably, stunningly clear.

I wish we could go into an alternative universe, in which we could see how he progressed as a filmmaker. It really was a tragedy to lose him just as he was about to have a second start.

Ya kinda got me a bit verklempt there, Wendy.
I should have paid more attention to him.