Since 2014 Once Upon A Screen’s Citizen Screen has been celebrating the contributions of the Latino community in classic films with her annual “HOLLYWOOD’S HISPANIC HERITAGE BLOGATHON.” And that time is upon us again: 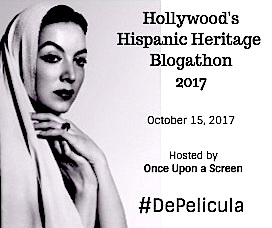 Now listen, if we leave it to Hollywood and our old ‘Good Neighbor Policy’ you may see a whole array of Latino cultures represented by nothing but big sombreros, bullfights and banditoes. Whole civilizations were built without Hollywood’s and America’s help. If one takes a gander of different Latino cultures from their OWN vantage point and film industry, that is a whole different kettle of frijoles. ( Ugh!! ) A few years ago MoMA ( the Museum of Modern Art ) presented their “Mexico At Night” series of Mexican film noir from Mexico’s Golden Age of Cinema. I went a couple of times, seeing the staggering beauty of Dolores Del Rio in her native language, and the force of Nature that is María Félix who blew me out of my seat. For my entry this year, I’d like to write just a little about 1945’s “Crepúsculo”.

This movie is more melodrama than film noir. And with my third screening at the MoMA I was becoming more and more familiar with the 40’s Mexican stars. Arturo de Córdova brings a smile to my face and I’m beginning to know him. He’s a

good solid leading man who probably wasn’t going to get those chances opposite Hollywood’s elite leading ladies. I looked forward to seeing what scrapes he’s going to get into with THIS film. ( I write of another of his films here ).

In “Crepúsculo” ( aka “Twilight” ) de Córdova plays a successful surgeon tortured by a guilty conscience. Told in flashback, de Córdova troubles begin when he goes to a sculptor’s studio before his European trip to meet his good friend, and becomes mesmerized by a statue…but when he sees its live 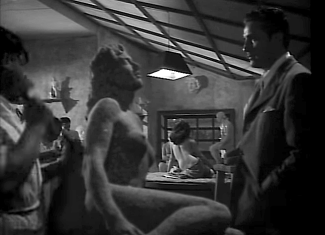 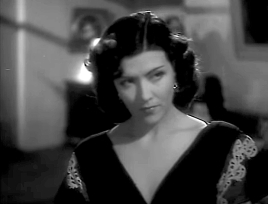 De Córdova has done nicely to resist temptation. ( If nothing else, these movies teach me no one can resist a Mexican woman ) but to no avail. He wants her and they have an affair.

“Because I can’t bear the torture of seeing you and of not seeing you. I don’t know which of the two is more intolerable.” 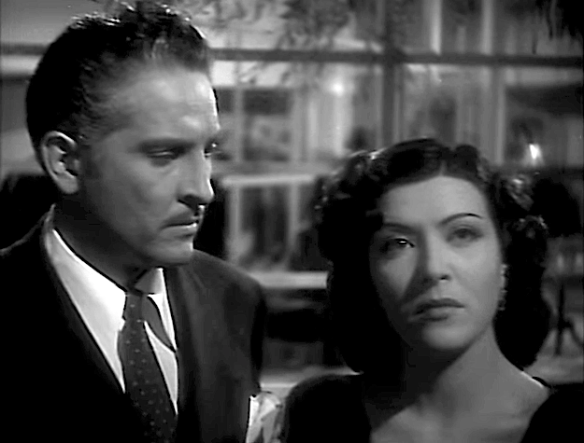 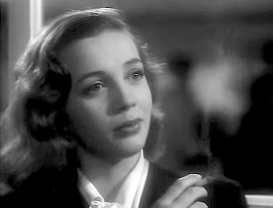 Lucía has a younger sister, Cristina ( ~ Lilia Michel with Hollywood girl-next-door looks ) who develops a crush on the older de Córdova. This is the hornet’s nest de Córdova  walks into when finally fulfilling a social obligation to spend the weekend at his friend’s house. He’s been trying to stay away from Lucía, but she’s not having that and wants to risk every thing. 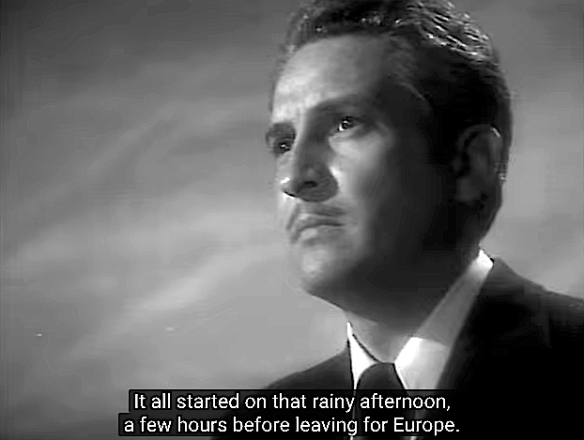 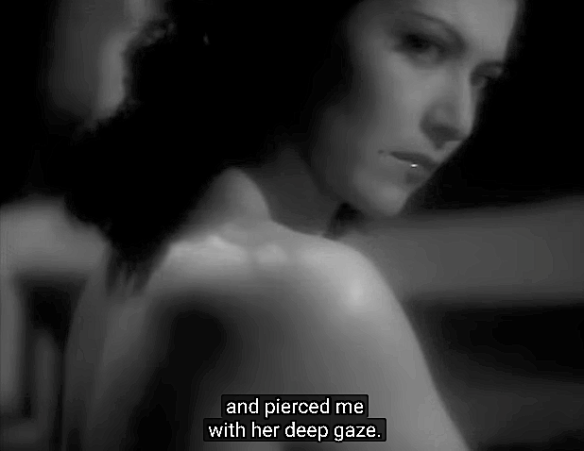 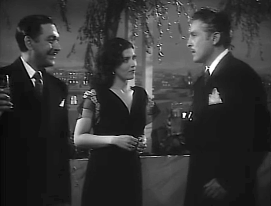 [ Sheesh! The lovers do a poor job of hiding their guilt. ]

Something’s gotta give, and does during that weekend. Desire, resistance, recriminations, pregnant pauses, crashing music and a lot of cigarette-smoking take place in this movie. De Córdova’s got it bad…and that ain’t good. Neither de Córdova nor Marín can keep the guilt to themselves which makes her husband suspicious. All three have voice-overs and close-ups letting us know just what’s going on inside them.

…And the husband has a plan of his own.

How will this all play out. I’ll not spoil anything for you. You can see the movie for yourself.

We shouldn’t wait for the once~a~year annual reason to explore Mexican cinema, or acknowledge the contributions of creativity throughout the Hispanic diaspora in movies. Aurora at Once Upon A Screen offers a great guide, with these blogathons to get you started: