How would you like a little film noir in your adultery?  Yes…there will be SPOILERS:

Nora Prentiss kneels before the ashes of her dreams of  home, hearth and a husband of her own

“NORA PRENTISS” is really a showcase for Ann Sheridan. Director Vincent Sherman gloriously holds the camera on her many times, to which I, as a Sheridan fan say “Yay!” She’s excellent. As Nora Prentiss, she hadn’t sign up for this. She’s not a bad guy; no vixen or femme fatale or Vamp. She wants to be married, have kids, live out in the open. It gets increasingly dark for her too. She soon sees he’s not any closer to divorce and this is not working out for her in an open way.

The He is played by Kent Smith. At first I was upset with him, the husband character ( Dr. Richard Talbott ). I thought he was a coward. He wanted to have his cake and eat it too. I almost couldn’t believe why she even fell for him in the first place. ( Dry, boring, dull. ) But then something clicked in me. (Like first hating reading Willa Cather’s “My Antonia” and then loving reading “My Antonia” in the tenth grade). A switch flipped, a lightbulb went off and I thought “0hhhhhhh, this is a movie about what happens when a man spirals down a devastating path…” Got it. Nora is the object of affection…but the movie is about him; THAT was the examination. Like Tyrone Power in “Nightmare Alley” Kent Smith’s character reached for something, going about it the wrong way…and down down down he goes.

Dr. Talbott’s not fun-loving anymore. He has them hiding in dingy hotel rooms, not going dancing or being seen in public. He’s living like a fugitive; he is a fugitive. Kent Smith does a grand job in the movie. I feel his desperation. He’s like Ray Milland in “The Lost Weekend.” Tattered, torn, unshaven, unkempt; looking like a wild man… irrational. “Don’t leave me!” ~ but not letting her go; making every mistake in the book to do what he has to do to keep her. Getting deeper and deeper into the mess he’s made of his life. Car crash, fire, disfigurement and a murder trial. Kent does a very good job of showing us The Descent. Isn’t that what film noir is about?

There must be something about confessing to an extra-marital fling that is a fate worse than death. In “Nora Prentiss” adultery is film noir. The Husband in this drama has much in common with our boy from “DETOUR”.  Neon lights, rain-soaked streets, living in the shadows. I don’t mean to constantly compare this film to other movies; it’s just that the journey, the fall is so similar. The look of this film? Awww hell… all praises belong to Master Cinematographer: JAMES WONG HOWE. ( Look him up…you’ll faint at his credits ). 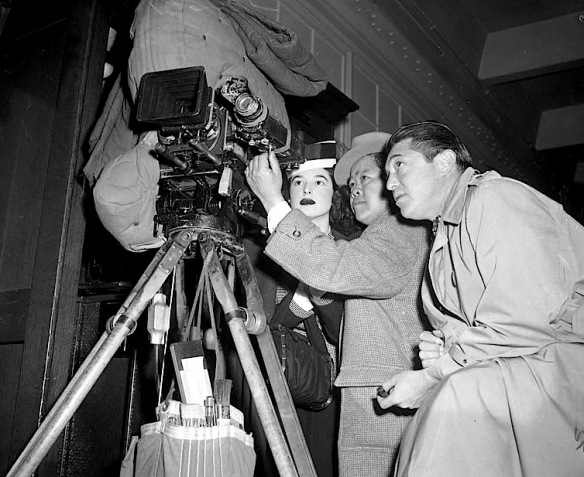 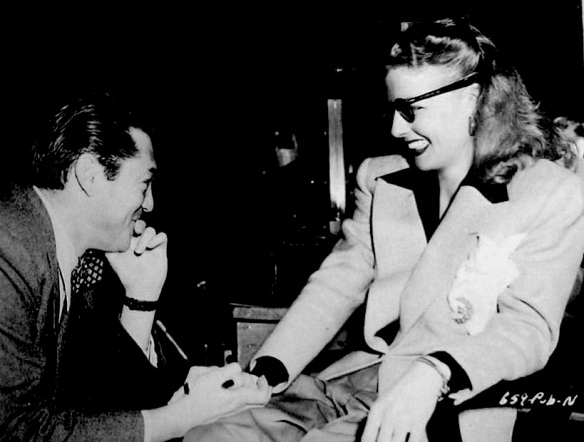 Just a couple of points to get off my chest:

*  Why do Movie Wives ( Rosemary DeCamp in this case ) act like cold fish and then are surprised when their husbands lose interest and get attracted to another woman. 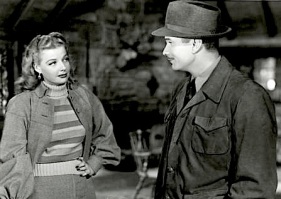 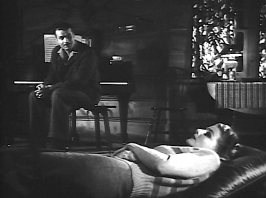 *  I love the montage of their affair progressing. Who knew Kent had it in him. I liked that the movie didn’t make Sheridan out to be a gold-digger.

*  I loved Robert Alda waiting in the wings for Sheridan. He plays a nice guy.  He’s on the sidelines falling for Nora as well.

*  John Ridgely is in the movie…as he is in every movie ever made in every studio ever existed.

*  Sheridan puts a lot of emotion into that second song she sings. I love her close-ups. Tears, emotion-choked voice. ( I want to believe that’s Sheridan singing. Does anyone know? )

*  And back at the ranch…Kent’s not eating…pacing around..drinking. It reminds me of “Carmen Jones” ( here I go again ) when Dandridge is out hotfooting it around town and Belafonte has to stay cooped up in a hotel less the MPs find him. Kent even starts to look like the Geek Tyrone Power played in “Nightmare Alley.” Kent’s downward spiral is a sad fall from grace to see. He doesn’t help keep a girl. He becomes jealous, possessive. No body signed up for this. 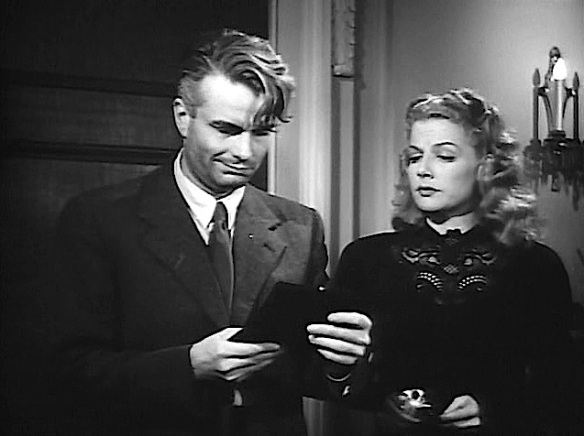 *  I love Rosemary DeCamp at the trial.

*  The last shot of Kent Smith in this movie is truly disturbing.

Franz Waxman’s music – dark…doleful…mournful, moving. But that music at the end of the movie is particularly poignant as she walks down the courthouse steps knowing she was leaving her love in the hands of fate. The music’s dirge-like melancholy is beautiful and creates and fits the mood of the film perfectly.

Okay ohkaaaaaaaay…so John Ridgely wasn’t in every movie ever made. But it seems so.

CineMoral: If you need a doctor and he says he’s married…change doctors. And fellas…if you can’t handle the Ooomph, get outta the kitchen.