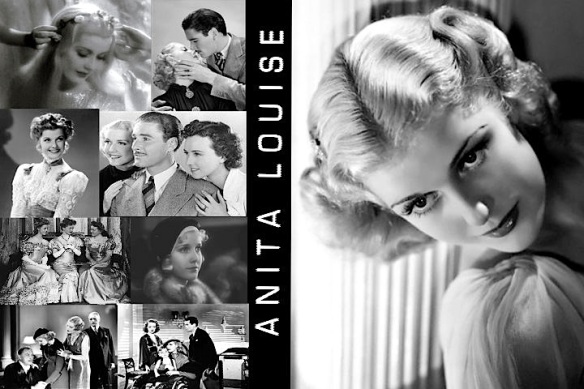 Who IS ANITA LOUISE in the scheme of the Golden Age of Hollywood? She doesn’t have the exotic mien of Garbo or Dietrich. She doesn’t blaze through the screen like Bette Davis or Stanwyck or have the blinding sex appeal of Harlow, Marilyn or Rita. I would liken Anita Louise closer in sensibility to Loretta Young than Norma Shearer. Now she may not command the screen with the brilliance that warrants 1000-watt klieg lights on The Leading Lady. But classic Hollywood was made of all actors great and small, quiet and volcanic. Anita Louise has a warmly unique patrician beauty and quiet allure. 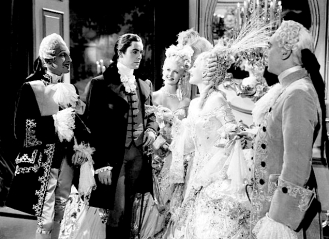 I first discovered Anita Louise when I was a little girl in love with Johnny Washbrook and his beautiful horse in the tv-show: “My Friend Flicka.” It was a little later that I recognized her in “Marie Antoinette.” She got her infrequent chance to shine alongside leading stars like Bette Davis or Errol Flynn or Fredric March and appear in “A” films like “Anthony Adverse” or “A Midsummer Night’s Dream” or “The Story of Louis Pasteur.” 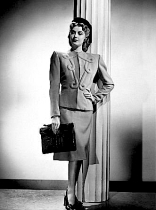 Unlike types like Hillary Brooke or Gail Patrick – the light and dark of archness and that oh so über-sophistication, there was a warmth to Anita Louise in that ofttimes thankless role of The Supporting Actress. She’s the beautiful girl who still doesn’t quite get the boy ( “Love Letters” 1945 ) lacking some inexplicable ( to me ) quality that makes the hero choose another. Below, I’ll give you a lovely excerpt of a post by ‘The Ingenue’  ( CarrieLiz ) an old member of the Silver Screen Oasis Message Board ( where we all frequently used to hang our hats. ) This is what she had to say then about Anita Louise: 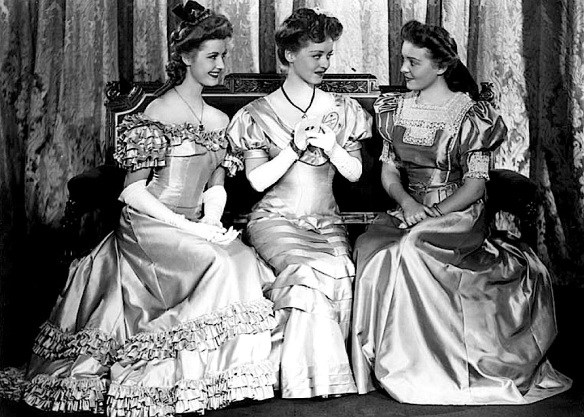 “…the regality and the Dresden-china beauty, though assets that were prized ( and often solely praised ), weren’t the be-all, end-all with her. That’s what I love about her. She seemed aware of what she had going for her ( you bet she was aware: these were tools of her trade ), but never taken in. And there’s a smile in the eyes. And warmth. ( The scene in “The Little Princess” where Shirley sees the Mafeking postmark on her father’s letter and starts to cry, and is comforted by Anita, has always stuck with me. ) There’s a loveliness about her that has less to do with her appearance than with something projected from within. She had grace… and, given the chance, she could equal it with spunk. 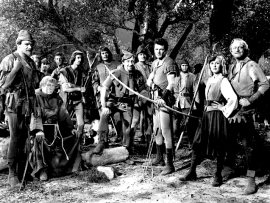 Didn’t she do that well in “The Bandit of Sherwood Forest”! Her character there seems to me, to borrow a quote from Errol Flynn about Greer Garson: ‘finely bred, the epitome of…cultured womanhood. She is all this, but at the same time a mischievous imp.’

There was always a sense of fun about her (providing the script allowed her to show it). It was there from the start, in the films she made as a child actress: a dancing sense of delight, as belongs to a happy child relishing hours spent in a world of make-believe. I hope it was truly so for her. According to an article Anita penned for newspaper publication in 1938, it might have been.

…Who is she? A sublime beauty, a leading lady, a featured player, a workhorse, a dazzler. An exquisite part of Hollywood’s silvered dreams.” – The Ingenue

Picture and caption ALSO by The Ingenue:

Shimmeringly beautiful. A fairy queen dancing for the camera…with a look on her face that says, “Isn’t this silly? Oh… but it’s fun!”

When I see her, she makes me smile. She’s familiar. She doesn’t often take center stage but she has. You notice her. I guess I just like those unsung actresses like Marsha Hunt or Aline MacMahon, Margaret Lindsay or Fay Bainter who give quietly good performances. Again I say, the bench was deeeeep during the classic film era.

So today on this Capricorn’s birthday I say Happy Birthday Anita Louise.