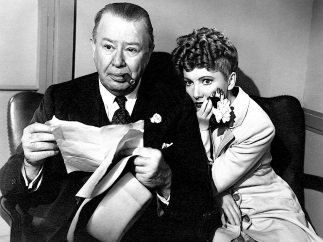 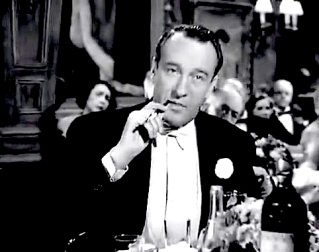 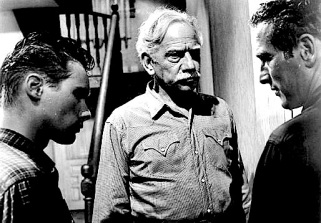 With all those years of not being Cary Grant or not Joel McCrea or not Gary Cooper, but giving fine supporting performances, Douglas finally gets an Oscar where his age spotlights his gravitas. A man of integrity has an S.O.B. for a son. 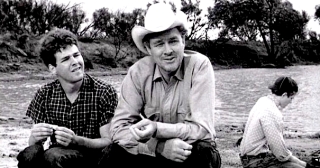 Laconic Ben had to be convinced by John Ford to take this role. Luckily he listened to Pappy. He was the heart of this movie. You know he’s seen some things. 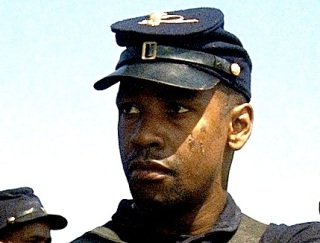 That tear. That one tear. You can’t break him. And that’s what breaks you.

(Two-time Academy Award winner. Go on with your baad self.) 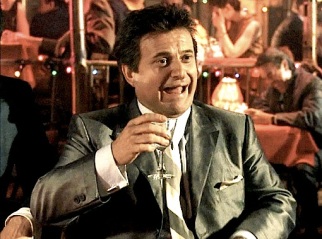 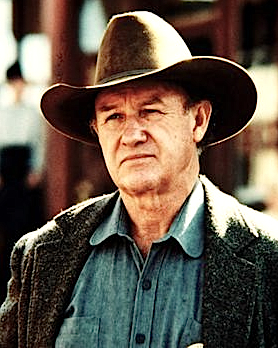 His cruelty was a breathtaking thing to behold.  But it wan’t cruelty for cruelty’s sake. Alright, so maybe it was. But when it’s Gene Hackman, it’s okay. I want him making movies again. He was a presence, and I bought him here in the wild wild west as much as I did careening  underneath the El. 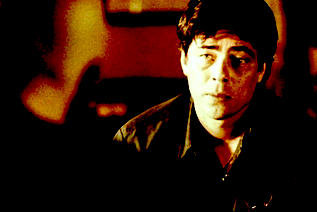 He’s got the Gary Cooper “High Noon” role. One man alone against a whole drug trade. Benicio is a talent and stands out in an all-star cast. Will you marry me? 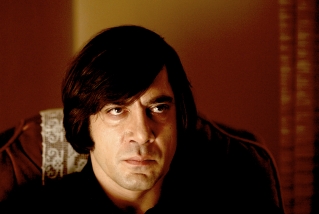 I’m in shock that this film won the award for Best Picture. Yes, I was rooting for it. But it was dark and violent and…you know how the Academy is; all politically correct. This worked because of Bardem. A dark unfeeling automaton, with the weirdest hairstyle this side of Moe Howard. Bardem was everything. Another well-deserved award. 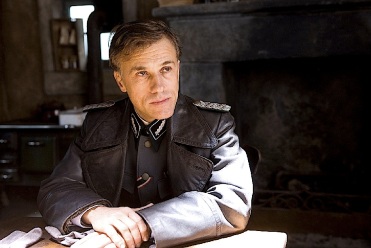 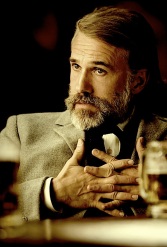 What a breath of fresh air he is. Whether as a dastardly Nazi or a charlatan bounty hunter, the twinkle in his eye makes him extremely watchable.  He’s just a little off-center. Both films were directed by Quentin Tarantino so neither movie might be your cup o’ tea, but you’ll be missing some very good performances.. Tarantino is a good director, who knows movies. And he creates interesting characters.

NEXT:  My Favorite Performances for BEST SUPPORTING ACTRESS…